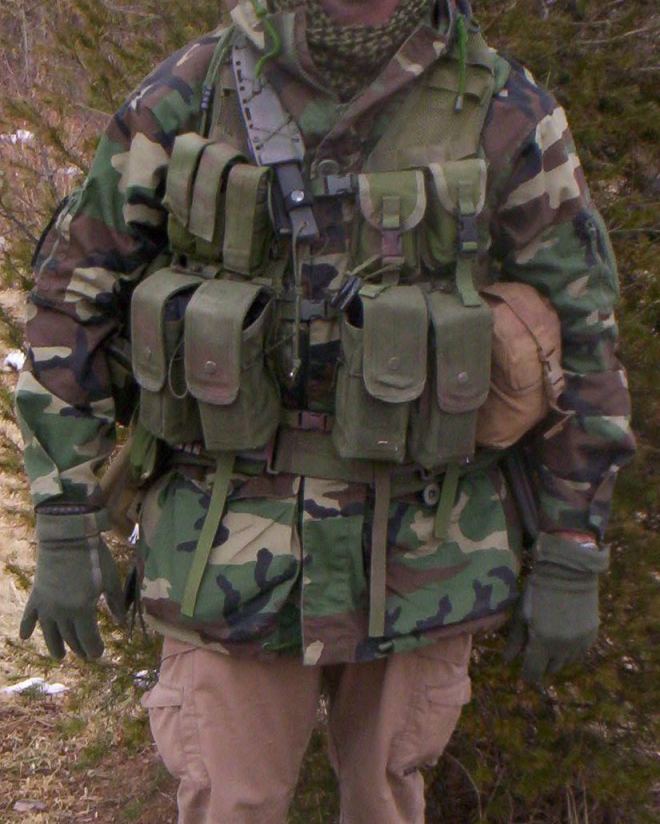 Brushbeater gives his thoughts based on his experiences. I have talked about a number of kit options here, here and here. One of the things I like to have is gear that can accept mags from the main rifles I would use (M1A, AK, AR). I also definitely agree with the “Stay away from zippers” opinion of Brushbeater. They fail at the worst times, and are very difficult to repair or make due with while broken. My “Go To” rucks are a Tactical Tailor MALICE 2 (Large modified ALICE) with frame (actually can’t use it without it), and for a “Scout/Patrol” a regular ALICE medium ruck w/o frame that has had the shoulders straps replaced with the “Spec Ops” brand version.

Our kits have similarities and differences based on our experiences and what we think we’ll need. Neither is wrong, and it works for the user. You don’t know what you’ll need and what works unless you get out and try it. This isn’t something that can be gleaned from airsoft “combat” or virtual war (video games). Take the advice from those you believe know what they’re about, get the gear they recommend, and then get out and use it. BTW, DO SOME PT!

This post is meant to serve as a baseline. What this means is that, quite bluntly, it works for me at a minimum. It is meant to be added to, but never detracted from, while patrolling in the traditional sense. There’s a few items not pictured that should go without saying, such as a couple extra undershirts and a few pairs of socks packed in ziploc bags, and the communications equipment I’d carry as an RTO, but for the most part what you see here is basically the same as what was carried by yours truly in Afghanistan on multi-day long range patrols.

I’m a big fan of chest rigs for a couple of reasons- reloading speed and weight carrying efficiency along with the fact that everything centered on the body creates less snagging in thick brush, leaving less spoor for the potential tracker. Although they deserve a post unto themselves, my chest rigs are essentially all the same- the AR platform up top (specifically for 7.62 NATO, but 5.56 can be doubled up in the pouches), my primary AK rig (a UW gear Swamp Fox…highly recommended), and a Chinese four cell AK rig on the bottom. I included the Chicom model because it’s less that $20 online and at many military surplus stores, and will literally last generations being made of simple cotton duck (the same stuff Carhartt is made of) and can fit AR-15 mags in it as well if you stuff the bottom of the pouch. Having each rig nearly identical allows greater muscle memory when running any weapon, and the two primary rigs can accommodate magazines for virtually any weapon I either have or may come across. A chest rig can also interface better in conjunction with body armor, and can carry a lower signature than a full on LBE.

The line one kit encompasses the last ditch communications kit, navigation, observation, fire making, security, and water purification. Of course maps are added as well, but not included for obvious reasons. Also not pictured is the tweezers, petzl headlamp, Israeli bandage and SOF-T tourniquet. The kit stays on my body 24/4 outside the FEBA(Forward Edge of Battle Area…aka “outside the wire”) and I can make it to a RV with these items if I had to. It won’t be fun, but last-ditch situations never are.

The baseline for the hide site construction is seen here. A German surplus silkweight tarp, aluminum tent stakes, a casualty blanket, and bungees. They’ll be more on site construction later, but for right now understand that this is the base layer and brush goes over top of it. It is not shelter meant to be comfortable; but it is larger and more effective than the GI poncho.

The Patrol Pack. It’s a Blackhawk clone of the Ethan Becker Patrol Pack, which itself was a modified German Alpine Ruck. It has lasted a very long time and is still in extremely good shape. The two side pouches have spaces to slide items through, such as Skis in the case of the original German model, and like the ALICE ruck, but for me I use it to slide my Russian Infantry Spade and Tomahawk through. Included is a small Stanley steel pot for boiling water or making tea, and a USGI two quart canteen. I prefer the Stanley pot to the GI canteen cup, as it holds more water and I don’t carry the standard 1 qt that the traditional cup fits under. I prefer the 2 qt as it’s collapsible, making it quiet even as you drink from it in the field. A hard canteen not topped off is a canteen that compromises you during movement. Do not use camelbacks; they tend to pop at bad times, but worse, they become a bacteria farm in a hurry around the mouth piece.

I do not care for the standard GI E-Tool, as they tend to break at the forward hinge, and once broken cannot be repaired. The Russian Spade (and yes, it’s actually Russian, OTK, but I also have a Cold Steel one floating around) can easily be repaired if the handle breaks by simple carving a new handle and fitting it to the head. A small spade is essential to the Scout for a number of reasons, most notably the fact that digging a cathole to poop in is pretty important for counter-tracking and a spade makes digging in pretty easy.

The Patrol Pack does not have any zippers. Most gear these days is made with zippers of some kind, which I personally hate. They make noise and tend to break when you really need them. With the design of the older top-loading rucks, the only thing that can break is a replaceable buckle, and even if it breaks on patrol, my ruck still holds all of its gear, unlike a bookbag-type assault pack which will spill its guts when broken. The medium ALICE ruck can be found cheap and is a good alternative to the now-discontinued Blackhawk Pack.

On the topic of all things ALICE, anyone who used that gear can tell you the metal clips loved to come apart at the worst times, and best of all, would find a way to let you know they were there by wearing blisters on you in the most irritating of spots.

Since I no longer have to worry about CSMs telling me how best to run my kit, a better and more secure option for pouches is simply using zip ties, seen here, attaching the 2 qt cover to the Patrol Pack. It might not be inspection quality but it works. It works with MOLLE pouches as well, and is a heck of a lot easier to rig or un-ass in a hurry. Zip ties and duck tape should always be near by.

The tomahawk is a Cold Steel Pipe Hawk, heavily modified into what you see here. It’s lighter than a pack axe and has a number of advantages over a heavier axe or hatchet here in the Southeast where serious chopping can be accomplished by lighter tools.

First, it has a large cutting surface and a hammer poll, making driving tent stakes and other hammering tasks very easy. Second, it requires no wedge like hatchets or axes do, so if I happen to crack the handle, I can make a new one in the field. The head can come off, allowing me to use it as an Adze or Ulu if need be. Like the Russian Spade, it is easily repairable in the field, making it very versatile and robust. I have to note here that I’m not a fan of the models that are one piece with the handle, such as the SOG LaGana clone, as this detracts from the versatility of the tool. If you’ll notice along the handle I’ve cut notches at each inch mark, making a measuring stick. For tracking purposes this is important. Although I do enjoy throwing Hawks as a pastime, I don’t consider this a reason to carry one…it’s just far more likely I’ll use it as a tool than a weapon, and it is efficient for what it does.

This is a Baseline Kit. This is not a bugout bag, long term survival kit, or anything of the sort. It is simply a rundown of the equipment I employ for Scouting and Recon work, as a Light Infantryman, out and about in a hostile area. It does not include mission specific equipment for a patrol, nor does it cover ancillary gear essential to reconnaissance (for example, a ghillie and camo netting) but it does demonstrate where your head should be for a realistic, indefinite but light combat load may look like when used in conjunction with caches of supplies. This is meant to be built upon as need dictates. 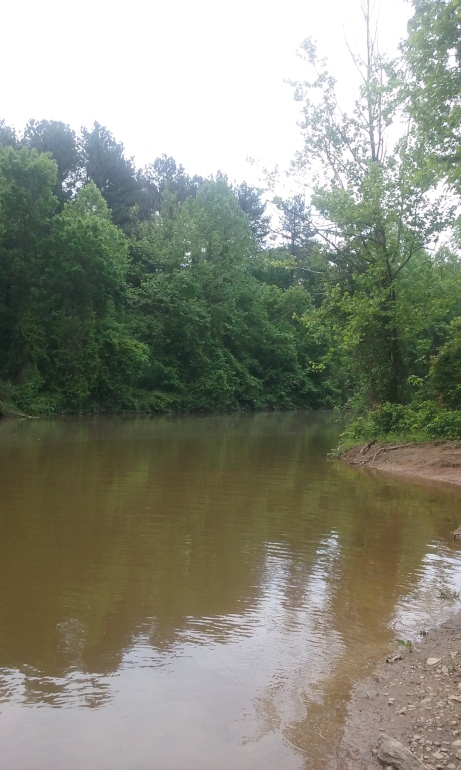 3 thoughts on “Another Option On Your Kit”