Here are two excellent posts by Brushbeater about important durable goods every household should have.

It’s no secret that arms and ammo get the bulk of attention in survivalist circles. The reality is, as usual, different from perception. The first reality is that while arms and cool guy stuff may be a fun fantasy, being able to eat is a genuine force multiplier.

Growing food is tough business and if you’re new to it, will take a couple seasons to get right. It’s not certain we have a few seasons for newbies to learn; and we’re well into the current growing season. If you’re behind the power curve or are still camped out in suburbia, there’s a few items you may want to invest in and become familiar with soon.

Even if you’re not actively raising your own food, having the ability to process resources from others is critically important. The ability to do it off the grid is even better, and largely a lost art. 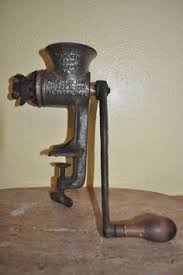 The Universal Food Chopper is an extremely versatile item, found in every kitchen pre-electricity era, and still common all the way up to the early 90’s in some areas. With this, one can grind up all kinds of items for salads, crushing items for easier storage or carrying snacks on the go, and simply taking fresh foods and making a more workable form.

I use one for grinding fresh coffee. Mine was found at one of the local thrift stores for $10. After re-seasoning it the same way I would cast iron, it works well, outlived its previous owners and will likely outlive me as well. I listed it first because it is the most versatile of the hand crank grinders, being able to grind both meat, grains, and veggies, and also is the easiest and cheapest to find second hand due to many not really knowing what they’re for. 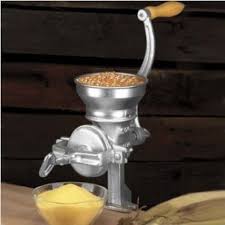 The Corona Grain Mill. Like the food chopper, the grain mill used to have a place on every farm, grinding both corn and wheat into flour to be made into bread. As we’ve become more dependant on the grid, the utility of these have fallen by the wayside, but those with them will once more learn their utility in the future.

These can be as cheap or as expensive as you want them to be, with varying levels of quality and features. The lower end models are less than $40 online, maybe just a tad more at any local Ag supply store. The higher end models have stone grinders and more precise grain grinding settings, but the cheaper models work with a few trail runs to work the kinks out, like you should do with all of your equipment.

The Hand Powered Meat Grinder. Making your own sausage is more than just a pastime- in the old days, it was an easy way of processing tougher cuts and making meat easier to smoke, thereby preserving it for long periods of time. Lots of people, myself included, make deer sausage every winter using cow or pig fat from the local butcher. If you can find one used, get it, wash it thoroughly, and re-season it for use. I have one that was inherited and another I purchased, along with the food chopper. They’re not expensive and although having a messy learning curve, can become a fun and very rewarding activity.

The Hand Crank Corn Sheller. These are invaluable especially in the South, where most farmers grow abundances of corn every summer. Allowing the ears to dry out then shelling with this machine, you’ll be able to always efficiently shell large numbers of corn kernels for corn meal.

These used to be found on every rural farm, but seem to have disappeared faster than the other tools listed. A couple of companies make them currently, and while imported, they work.

There you have it. Four items that collectively, even if bought new, will cost less than $250. So even if you’re behind the power curve or just now woke up, instead of going into full blown panic mode and buying freeze dried junk, make friends with the folks at the local farmer’s market and invest in these items, letting them know you have them and have a common interest. You may make a friend and at the same time grow your network. These items are completely off grid and if cared for will last forever. It doesn’t get more “Survivalist” than that. 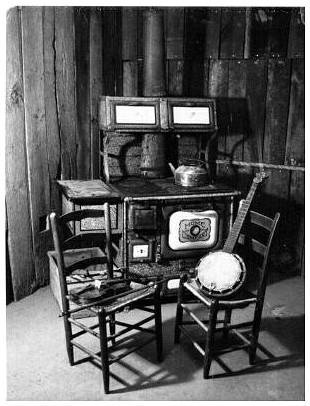 Stemming from a couple important questions related to my last post, I need to point out a few basics of care for cast iron that may be lost these days. Cast Iron is not plug and play; it takes a bit of care and preparations in order to gain the best results and in the case of grinders, not damage the tools themselves.

These are things that used to be common knowledge. In my relatively brief life, luckily I learned the value of great living that I would later come to know as Survivalism early on. Sadly those Depression-era vessels of knowledge are dying off, and only a fraction of our current population seem to retain what’s being lost. Regardless, let’s do our part to spread the knowledge.

Cast Iron requires a decent amount of attention before being used, but once done properly, will last your lifetime and most likely that of your kids, probably longer. I’m not a fan of “non-stick” junk or tools that otherwise are meant to be used for a while then thrown away. To me, it’s a waste of resources. Cast Iron in many places is considered a family heirloom- often times at least one generation old. Today’s households are having to often buy new as they’re rediscovering the value of Cast Iron cookware. Every family should have at a minimum one Large Pan, one Small Pan and a Dutch Oven. The Large Pan for general purpose frying, the Small for smaller meals or making cornbread, and the Dutch Oven for deep frying, cooking chicken, pot roasts, etc, or making huge pots of chili or stew in the winter.

If buying new- buy American! Lodge still makes products in the US, and is the only one that I know of that does. One annoying thing that they do is ship their pieces with a non-stick coating, which in my experience turns into a sticky mess after a while. Remove this by soaking the pan in hot soapy water and scrubbing, then allowing to air dry. Once done, get a can of Crisco or even better, Lard, and liberally coat the pan. Set the oven to the self clean mode if you have it, or 450 deg, and bake the pan upside down for an hour. Put a drip rack underneath the pan to stop any drippings from falling on the heating element. This process will stink. Make sure you open a window. 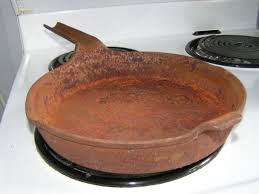 If finding one used, sometimes a great bargain can be found if not in a good condition, such as a rusty one seen here. The easiest way to clean them, as I did two very old belted kettles I inherited, is to first  rough the rust up with course sand paper, then soak them in a cola and lime juice mix. The acidity of the liquid will remove the rust after a few days. Allow it to dry, then go through the seasoning process I detailed above. You’ll have a perfectly serviceable piece of cast iron made new once again to last a lifetime.

While using, keep in mind that cast iron is different from modern pans; they heat up slow, and hold that heat for a long time. You also don’t need as much heat in order to fry. Most of the time medium heat works just fine. Regular maintenance is pretty simple; rub it down with vegetable oil every once in a while, and the seasoning will stay fresh. Do not wash the pans. Wipe them down to clean them.

The same needs to be done to your grinding tools. They’re made of cast iron too. Often, when looking at reviews online, many get bad reviews stating that metal shavings get ground into the food. This happens because like all metal machines, the moving parts need lubricant. Since each of them I named in the last post are cast iron, the same process for caring for your kitchen tools should be done to protect them from premature wear or risk of food contamination. The only other caveat to this is when cleaning meat grinders, use hot water and rubbing alcohol, and your seasoning should be good to go.

Again, the underlying points of these posts are gaining items to process and cook food that will last a lifetime and are perfectly serviceable off the grid. None of these items are super expensive compared to the ridiculous amounts of money  some spend on frivolous items. The cornerstone of a successful Survivalist model should be sustainability, which these tools are. Further, with good sets of tools, good communities can be rebuilt. You should be able to bring as much to the table as possible, and a warm meal when people are starving is a great way to build loyalty, post-collapse, pre-collapse, or any time in between. 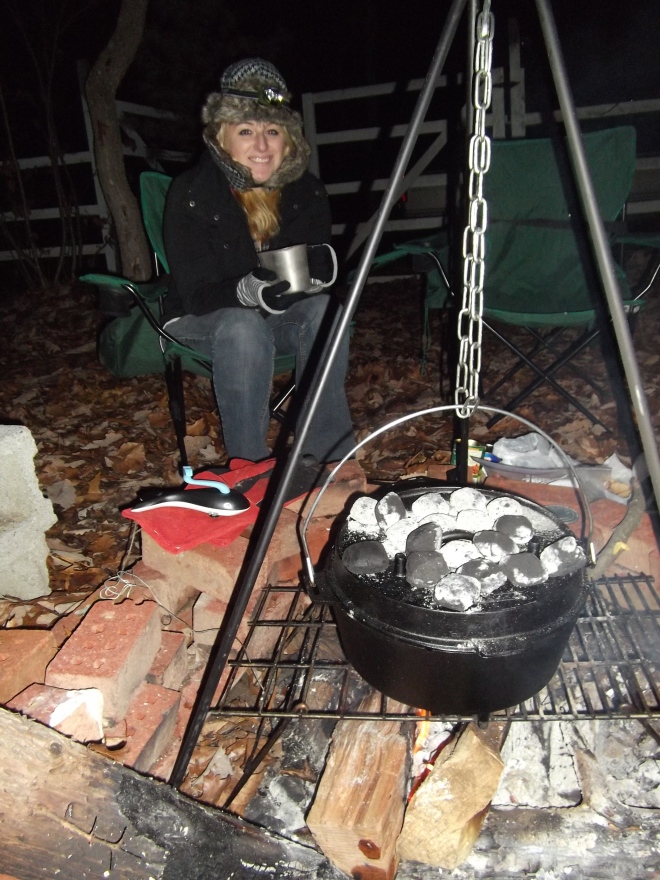 One thought on “This Is The Practical Side Of Survivalism”